Homebuyers Rush to Purchase out of Lockdown

Sydney’s property market has seen a surge of buyer interest as lockdowns lift, with buyers in the west driving strong sales activity.

ALAND, one of Sydney’s busiest development and construction companies, has reported a sellout of their current stock at their popular Schofield Gardens project – 10 months ahead of schedule.

Since April 2020, the beginning of NSW’s first major lockdown, Schofields has seen 723 sales, with 354 of these already settled.

The next two stages at Schofield Gardens are Banksia and Jasmine, totalling a further 350 apartments. They will be coming to the market at the beginning of next year, and will be a mix of 1-, 2-, and 3-bedroom apartments. The company has just finished settling 87 homes since the start of October.

Among the buyers – first home owners, young families and repeat purchasers – including one who has reinvested the equity growth from his first property at Schofields to buy another as an investment.

“It’s been such a frantic time, but also very exciting to see the positivity and optimism from the buyers about how this great suburb is quickly evolving,” says ALAND Sales Director Mark Bernberg.

“This is a very popular part of Sydney because its one of the few places that is so affordable and well-serviced with ever-improving transport links, shopping, schools and open spaces.

“People can see themselves raising their families here and enjoying a quality of life.”

The recent NSW Government announcement of the $5B Investwest infrastructure fund is one of the fundamentals underpinning confidence in the area’s long term success.

The WestInvest Fund is allocating $3B to the rejuvenation of town centres and high streets, improved parks and recreational facilities, better open spaces and increased transport options. Another $2B has been earmarked for a range of projects to be delivered as a result of detailed community consultation.

“People have flocked to the west because it gives them a chance for homeownership they might not ordinarily have.

“The sense of community is also strong and getting stronger. There’s such an optimism about the future here, and we are very excited to be part of being able to support individuals and families to get their start,” he says.

Population forecasts indicate growth at 6% in this area compared to 1% for Greater Sydney, while figures from Blacktown City Council indicate that Schofields, currently sitting with a population of just over 4,000 is set to see that grow to more than 23,000 within five years.

With population forecast to grow at such a rate, the surrounding area is set to boom in the coming years – in contrast to recent misinformation about dwelling oversupply in the area.

Any reports around over supply of apartments have ignored that this is the key growth area for Sydney. Buyers can see its potential and are wanting to move in now,” said Mr Bernberg.

“This area is one of the only places we can actually match supply to housing demand by building at scale, because of the land that has been released for this exact purpose.”

Homebuyer, Jason Fadoull, who purchased an investment property in Stage One of Schofield Gardens in 2020, has already witnessed first-hand the sudden popularity of the area.

“Last year I purchased a two-bedroom, two-bathroom investment property in Stage One, Bottlebrush, and settled in March. Within 4 months, it had increased in value by almost $60,000.”

Jason was then able to pull out the equity allowing him to obtain a further 10% deposit that he will use to purchase another off-the-plan investment property at ALAND’s Liverpool project, The Hoxton.

“Schofields has set me up for all future investments. At this rate, once I have settled at my second property at The Hoxton, I’ll be in the position to take out more equity from Schofield Gardens to help finance a third property”.

ALAND Head of Development, Ryan Lane, says, “We have delivered 550 apartments in the past 18 months and have less than 0.01% vacancy rate. We have no available stock for sale – not a single fully completed apartment left to sell.”

The first four stages of Schofield Gardens have now sold out. 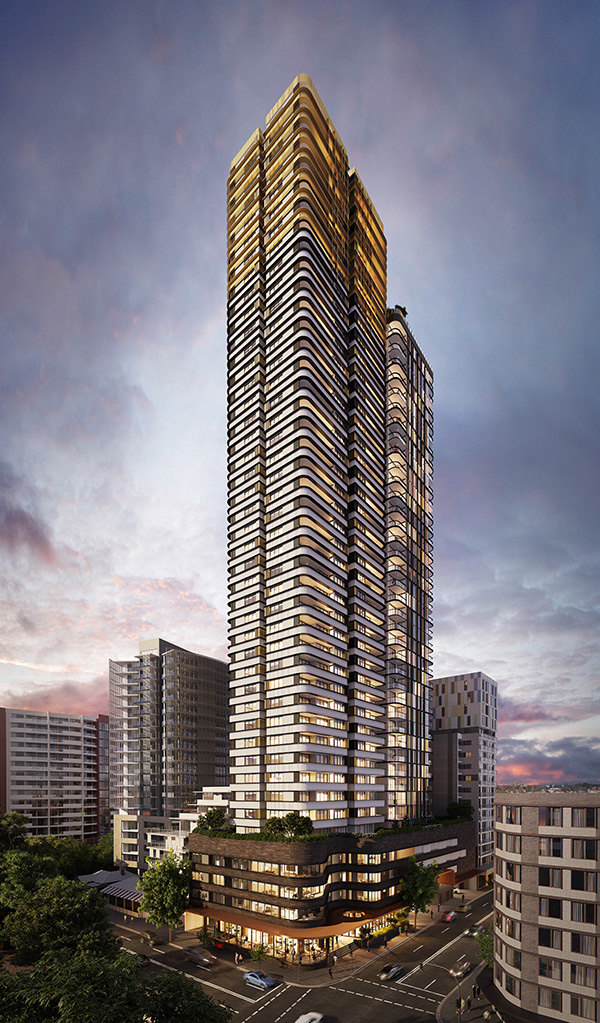